Share a memory
Obituary & Services
Tribute Wall
Read more about the life story of Elizabeth and share your memory.

Anne grew up in Jackson, Tennessee, surrounded by family and lifelong friends.  In 1971, she moved to Ft. Smith, Arkansas and in 1974, to Tulsa, Oklahoma.  Throughout her early adult years, she was active in a variety of volunteer organizations and activities including Welcome Wagon and Republican Women of Sebastian County (AR), and women’s society, Beta Sigma Phi (Tulsa).

Anne began work as a Tulsa real estate professional in the late seventies.  In 1987, Anne became a Realty Specialist with the U.S. Army Corp of Engineers, New England (Boston, MA).  In 2002, Anne relocated to the Corp offices in Jacksonville, Florida.  While there, she had the unique opportunity to be deployed to Turkey as a civilian member of the Contingency Real Estate Support Team in support of Operation Iraqi Freedom.  In 2003, she transferred to a post with the U.S. Air Force, Izmir, Turkey.

After retiring from federal service in 2008, Anne returned to the U.S. and settled in St. Augustine, Florida.  She returned to Oklahoma in 2018 to be close to her daughters.  Throughout her life, Anne enjoyed gardening, cooking, fishing, and traveling across the U.S. and world.  She was devoted to her pets, especially her yorkies.

She was preceded in death by her parents, James Leonard Smith and Dorothy Hammonds Montgomery.

The family would like to thank the healthcare teams at Fresenius, Enhabit Home Health, and Miller Hospice for the support and care provided to Anne over the course of her illness.  A special thanks goes to the staff of Clarehouse who provided exceptional comfort and compassion to Anne in her final days.

A Celebration of Life service will be held at 11:00 AM, Saturday, January 14, 2023 at Brown Funeral Home Chapel in Coweta, Oklahoma with Pastor Bob Green officiating, followed by interment at Greenwood Cemetery in Porter, Oklahoma.

To send flowers to the family or plant a tree in memory of Elizabeth Anne Laster, please visit our floral store. 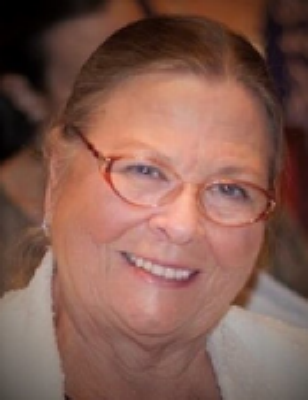