Share a memory
Obituary & Services
Tribute Wall
Read more about the life story of Norman and share your memory.

Norman Howard Parks, 90, of Coweta, Oklahoma passed away Wednesday, December 28, 2022.  He was born on April 20, 1932 in Decatur, Arkansas to John Adair Parks and Johnnie "Zander" Cowen Parks.  Norman was the youngest of 12 children.

Norman married his first love, Irene Taber Parks in June of 1955.  They had 2 children, Michael Howard Parks and Kristi Michele Parks.  He was widowed in 1972.  In 1976 Norman married his last love Betty Reynolds-Parks who preceded him in death in May of 2022.

At a very young age, Norman loved music and the outdoors.  He could play any bluegrass instrument he picked up but was famous for the fiddle.   He came from a very large family that loved God, family, music, and camping.  He spent most of his life with a fiddle bow or a fishing pole in his hand.  He also passed his love for music to his children and taught them to play and sing in the family bluegrass band.

Norman joined the Navy in January of 1952 where he earned the National Defense Service Medal, The China/Korean Service Medal, and The United Nations Service Medal.  He was also a member of the Navy Acoustic Band while stationed in Sasebo, Japan.  He was honorably discharged in 1955 where he returned to Oklahoma, married Irene where they raised their kids until her death.

Norman married Betty Reynolds-Parks in 1976.  They resided in Coweta, Oklahoma and were members of the First Baptist Church.  They enjoyed camping, traveling, and spending time with their family and friends.  They were married until Betty’s death in May of 2022.

Norman worked as an electrician for Public Service Company of Oklahoma until he opened his own business, Parks Electric where he successfully retired.

To send flowers to the family or plant a tree in memory of Norman Howard Parks, please visit our floral store. 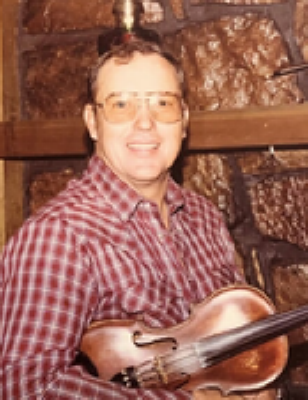