Share a memory
Obituary & Services
Tribute Wall
Read more about the life story of Paul and share your memory.

In the comfort of his home, surrounded by his loving family, Paul Curtis Hughes departed to his eternal home December 4, 2022 at the age of 96 in his hometown of Coweta, Oklahoma. He was the third child born to Oscar and Ruth Hughes. Paul attended Liberty Country School before entering Coweta High School. He married his high school sweetheart Genevieve (Gennie) Vernon on July 15, 1944 in Jay, Oklahoma.

Paul was drafted at age 18 before he started his senior year of high school. He went on to serve in the United States Army during WWII as a Sergeant from 1944-1946. As Paul’s unit prepared to fight in Okinawa, he was transferred to Salt Lake City, Utah when his Commander learned he could type. There he was tasked with the important job of getting the soldiers home. In addition to his duties at the army base, after hours Paul worked cleaning tour buses and taxi cabs many times until midnight.

Early in their marriage, Paul and Gennie had three sons: Gary Curtis on April 24, 1945, Larry Vernon on November 9, 1946, and on the evening of Paul’s graduation from Okmulgee Tech as a diesel mechanic, his third and final son, Robert Allen was born on May 6, 1950. After moving back to Coweta, Paul worked at the county courthouse in Wagoner carpooling on a gravel road in a 1936 car. Next, he worked in an auto repair garage in Coweta and then at Ramsey Winch Company in Tulsa on Lynn Lane. After this, he began his career with Caterpillar and worked for them until 1979 when he began his own business, Hughes Equipment Repair and retired at the age of 82.

Possessing a spirit of perseverance, self-reliance, and hard work, Paul continued working cattle, cutting hay, and square-dancing until the age of 93. Throughout his life, he enjoyed hunting, fishing, boating, square dancing, watching his children, grandchildren, and great-grandchildren doing anything, was the highlight of his life. Paul was simply always there.

To send flowers to the family or plant a tree in memory of Paul Curtis Hughes, please visit our floral store. 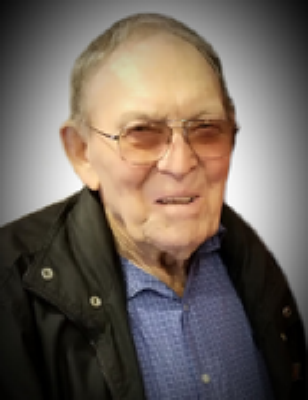